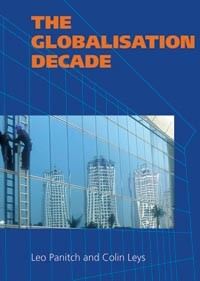 Over the past decade the contributors to The Socialist Register have been widely recognised as providing the Left’s most distinctive investigations on the contradictions of globalisation, the internationalisation of the state, progressive competitiveness, the new imperialism and mobilisations against it. Providing political and economic analyses, this anthology looks at the cultural contradictions of globalisation. It includes a set of readings on the role of states–especially that of the United States–in making globalisation happen. It examines the problems these states now confront in trying to keep it going.

“Highlights the links between the liberal domestic policies of today’s centre-left, continued international deregulation, growing inequalities and disorder…. They have opposed the ‘progressive competitiveness’ economics of the mainstream left. That is, the belief that social values can be furthered within market limits by an educated workforce able to export successfully.”