By Leo Panitch and Sam Gindin  With Stephen Maher 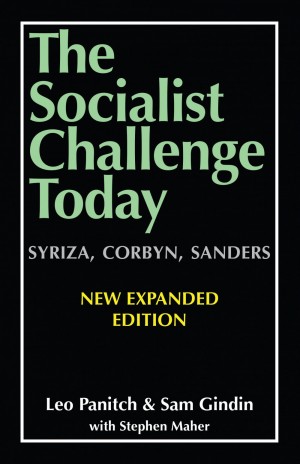 In what direction should the left move in the 21st century?

The so-called ‘Third Way’ lacked realism as well as imagination. The social democratic embrace of neoliberal globalization now lies threadbare amidst multiple economic, ecological, and migration crises, while political institutions have been undermined in the process, from parties at the national level to the European Union itself. This has opened political space for the far right, with its ultra-nationalist, racist, sexist and homophobic agendas. Yet it has also restored some credibility to the socialist case for transcending capitalism as necessary to realize the collective, democratic, egalitarian and ecological aspirations of humanity.

Amidst a significant shift from protest to politics on the contemporary left, Leo Panitch and Sam Gindin focus on some key recent moments, providing essential historical, theoretical and critical perspective for understanding the potential as well as the limits of the Sanders electoral insurgency in the USA, the Syriza experience in Greece, and Corbyn’s leadership of the Labour Party in Britain.

Presenting a powerful and inspirational argument for transcending earlier social democratic and communist practices, Panitch and Gindin stress the need for renewing working-class politics through new kinds of socialist parties. Most important, they insist, will be to foster the development of strategic and practical capacities to democratically transform state structures so as to render them fit for realizing collective democracy, social equality, sustainable ecology and human solidarity.

This is the central challenge for democratic socialists today.