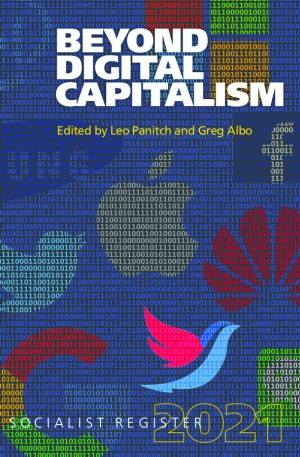 As digital technology became integral to the capitalist market dystopia of the first decades of the 21st century, it refashioned both our ways of working and our ways of consuming, as well as our ways of communicating. And as the Covid-19 pandemic coursed through the world’s population, adding tens of billions of dollars to the profits of high-tech corporations, its impact revealed grotesque class and racial inequalities and the gross lack of public investment, planning and preparation which lay behind the scandalously slow and inadequate responses of so many states.

I know the Register very well and have found it extremely stimulating, often invaluable.

The Socialist Register has been the intellectual lodestar for the international left since 1964.

This book is an instructive read even for those who do not share a socialist vision. If one wants to develop a sophisticated understanding of the politics of the left in the United States or elsewhere, it is incumbent upon the analyst to have a solid sense of the different projects and strategies animating the left beyond the mainstream analytical nostrums of “more state/less state,” and “individualism/collectivism.” It also allows analysts to track the distinct differences between revolutionary socialist and social democratic traditions. Moreover, the book goes someway to allowing the reader to evaluate the success and failures of the various socialist challenges from São Paulo and Caracas to London and Athens.