The World Turned Upside Down? 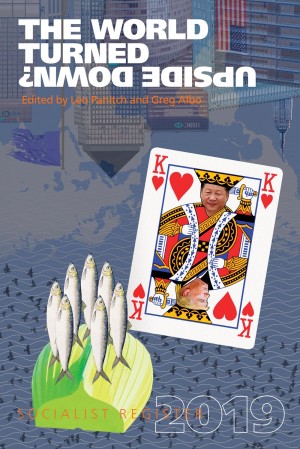 Since the Great Financial Crisis swept across the world in 2008, there have been few certainties regarding the trajectory of global capitalism, let alone the politics taking hold in individual states. A decade on, all that may be said to be clear is that the contradictions of neoliberalism have deepened, especially as these have been intertwined with the class inequalities exposed by the crisis and the ever-growing contradictions of global migration and ecological degradation. And this has opened more and more political space for far right forces challenging not so much neoliberalism itself as conventional liberal democratic norms, as well as key pillars of the global capitalist order which had been built up over past the half century.

There was already considerable disorientation abroad in the face of Brexit’s aggravation of the ongoing crisis of the European Union, wherein anti-globalist right-wing political movements and policy advisors openly proclaim their attraction to the authoritarian bravado of Vladimir Putin’s ‘strong state’. But even this has now given way to palpable confusion regarding what sense to make of this world in a political conjuncture marked by Donald Trump’s ‘Make America Great Again’ presidency of the United States, on the one hand, and, on the other, Xi Jinping’s ambitious agenda to consolidate his position as ‘core leader’ at the top of the Chinese state. Trump’s explicit disdain for the modes of leadership the US exhibited in the making of global capitalism since the Second World War – including providing the scaffolding for the institutions underpinning integrated global production and trade, financial flows, development support, international regulatory coordination, and geo-military alliances – is daily on full display. Such is today’s topsy-turvy world that it is Xi who has offered himself up as the defender of globalization and world capitalism in the face of Trump’s trade protectionism and broader distancing from heretofore US-led global institutions. When it is the tensions with allies that now garner the daily headlines, it is hard to envision the US mobilizing anything like the political capacities and administrative dexterity that enabled it to coordinate a global response to the economic collapse a decade ago – including from China. If there are good reasons to remain cautious about declarations of a new multi-polar world order, the growing contradictions at the centre of the inter-state system still suggest that a major redrawing of the map of global capitalism is underway.