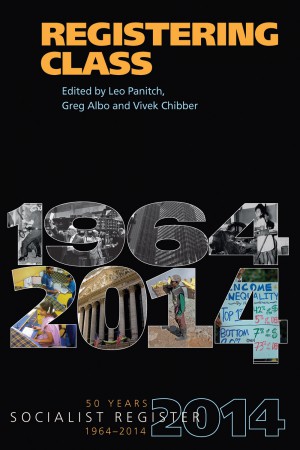 The preface to the first volume of the Socialist Register in 1964, in announcing ‘a series of annual volumes of socialist analysis and discussion’, expressed the belief that ‘the possibility of fruitful discussions is now greater than for a long time past. It is now better realized among socialists that dogmatic reiteration cannot, any more than crass empiricism, provide answers to the problems of the present.’ It is in the same spirit that we have conceived this volume, the Register’s fiftieth. Our decision to focus on the theme of class not only reflects an abiding concern of the Register since the beginning, but also the fact that the spread and deepening of capitalist social relations around the globe has been increasingly marked by growing social inequality. And as the global economic crisis that capitalism has spawned in the early twentyfirst century has been deployed to extend the class struggle from above so determinedly waged in the neoliberal era, so have the many resistances that have arisen been explicitly cast in terms of class struggles from below.