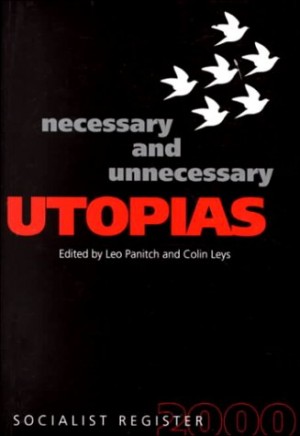 The theme of this volume of the Socialist Register was first conceived in 1995 with the following general question in mind: as we approach the end of the millennium, what is to succeed the first great socialist project that was conceived in Western Europe in the nineteenth century, and variously implemented and frustrated by communism and social democracy in the twentieth? We had no illusions that an answer to this question would be found by cudgelling the brains of however large a number of left-wing intellectuals. But we did think that the time had come to renew the left’s vision and spirit and that the Register could hope to contribute something useful for this purpose. We wanted to break with the legacy of a certain orthodox kind of Marxist thinking which rejected utopian thought as ‘unscientific’ just because it was utopian, ignoring the fact that sustained political struggle is impossible without the hope of a better society that we can, in principle and in outline, imagine. And we particularly felt that in face of the collapse of communism, as well as the rejection by ‘third way’ social democracy of any identification with the socialist project, there was now, especially in the context of the growing crisis of the neo-liberal restoration, an opening as well as a need for imaginative thought.