The Non-Viable Economies of the 21st Century 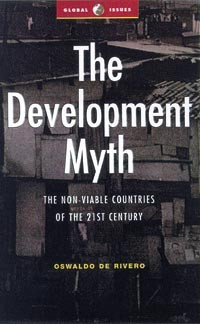 Be intellectually honest and politically realistic about what is happening to the majority of people in Third World countries. With a very few exceptions, development has not come. Nor is it going to. The necessary investment will not be available. Modern technology cannot provide the jobs. And the environment cannot take the strain. Most countries are not in the process of becoming Newly Industrialized Countries, but Non-viable National Economies.What then is to be done? The wealth of nations agenda must be replaced by a survival of nations agenda. To prevent increasing disorders, many countries will have to abandon dreams of development and adopt instead a policy of national survival based on the search for water, food and energy security and the stabilization of their populations.