Economic Strategy, Markets and Alternatives for the 21st Century 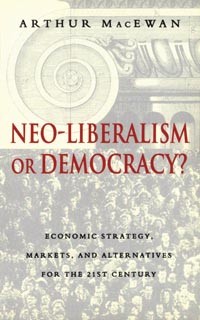 This book explores important alternatives to the neo-liberal ideology of free trade. MacEwan subjects some of the central tenets of modern economics to close scrutiny. He argues that current policies are delivering neither sustained economic growth nor many of the other things fundamental to people’s well-being. MacEwan argues forcefully that it is possible to construct a democratically controlled economic strategy which both delivers growth and meets everyone’s needs on a basis of equality.