Corporate Canada at Home and Abroad 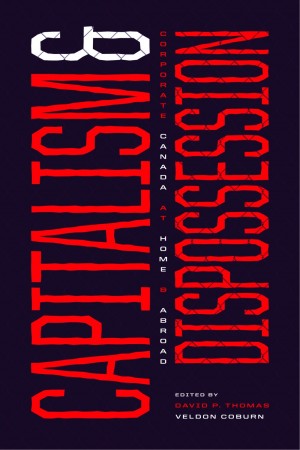 This edited collection brings together a broad range of case studies to highlight the role of Canadian corporations in producing, deepening and exacerbating conditions of dispossession both at home and abroad. Rather than presented as instances of exceptional greed or malice, the cases are described as expected and inherent consequences of contemporary capitalism and/or settler colonialism. A core purpose of the book is to combine and synthesize analyses of dispossession within and outside of Canada. While the literature tends to treat the two as distinct and unrelated phenomena, these processes are often connected, as the normalization of settler colonialism at home can lead to indifference and acceptance of dispossession caused by Canadian companies abroad. This book brings local and global cases together in order to present a rigorous analysis of the role of Canadian corporate activity in processes of dispossession.

The book includes a diversity of theoretical approaches related to the overarching theme of capitalism and dispossession; however, they share a critical analysis of capitalism and its implications on marginalized peoples at home and abroad. Included are political economy approaches that draw on the work of theorists such as David Harvey, important interventions from Indigenous and settler colonial studies, feminist approaches using the work of scholars such as Silvia Federici and the concept environmental racism, which draws on both critical race theory and environmental justice literature.

“Timely, relevant and well conceived, with excellent case studies and authors. I like it a lot.”