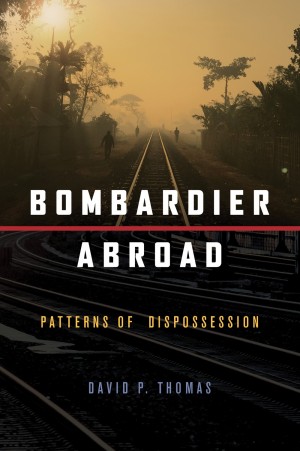 In Bombardier Abroad, Thomas examines several cases of the Canadian aerospace giant’s work in the high-speed rail sector in South Africa, China/Tibet, and Israel/Palestine and argues that these projects are deepening existing social and political tensions. By participating in these infrastructure projects, Thomas argues, Bombardier is both inserting itself into highly contested social and political climates and profiting from actions that further exacerbate existing conditions of dispossession and inequality. Thomas also examines the various ways in which the Canadian state supports the work of Bombardier in these countries.

Centred around a theoretical framework that combines concepts of dispossession, political economy and important interventions from the field of settler colonial studies, Bombardier Abroad is a critical look at the problematic practices of a Canadian corporation and the ways in which the Canadian state is culpable.