Capitalism and Poverty in Britain 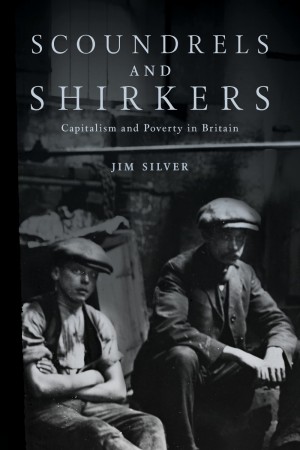 Scoundrels and Shirkers examines the deep relationship between capitalism and poverty in England since the 12th century. It exposes the dynamics of capitalism, from its origins in the long transition from feudalism to its current crisis under neoliberal capitalism, in producing poverty.

The book, unique in the historical breadth of its focus, shows conclusively that poverty is an inevitable consequence of capitalism. In the search for profits and control of society’s economic surplus, capitalism expands, adapts and innovates, producing not only commodities and wealth but also, and necessarily, poverty.

With the partial but important exception of the 1945–51 period, and to a lesser extent the time between 1906 and 1914, there has never been a serious attempt to solve poverty. Efforts have always been to manage and control the poor to prevent them from starving or rebelling; to punish and blame them for being poor; and to force them into poverty-level jobs. Any real solution would require the logic of capitalism to be deeply disrupted. While possible in theory, such a change will require massive social movements.