Mentor of the Cuban Revolution 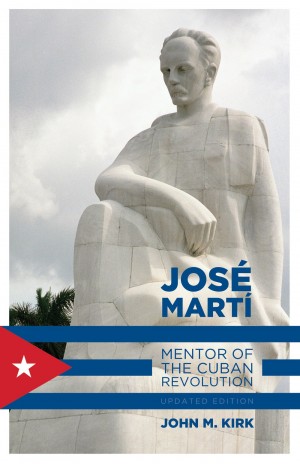 In 1953, Cuban revolutionary Fidel Castro stated that the “intellectual author” of his revolution was the nineteenth-century writer and revolutionary José Martí. An advocate of social justice, economic democracy and anti-imperialism, Martí wrote extensively about the future of a “Cuba libre,” freed from Spain’s rule, and is celebrated as one of Latin America’s most important thinkers. Based on a detailed analysis of the twenty-five volumes of his complete works, José Martí studies the nature of this Cuban writer/revolutionary and examines the depth and breadth of Martí’s thought on society, economics, politics and morality. This book also investigates the uses and abuses of Martí as a political symbol by those who claim to espouse his ideas. In this insightful, balanced analysis, John M. Kirk argues that Martí’s political thought was remarkably advanced – and still holds tremendous relevance for the modern era.

“Kirk has crafted a balanced study, careful in its exposition and judicious in its conclusion. The Martí that emerges from Kirk’s study is Martí the revolutionary, devoted to social justice, committed to economic democracy, a passionate internationalist, and an outspoken anti-imperialist.”

— Louis A. Pérez Jr., J. Carlyle Sitterson Professor of History and the Director the Institute for the Study of the Americas, University of North Carolina (Chapel Hill)