Towards a Theory of Community Economic Development 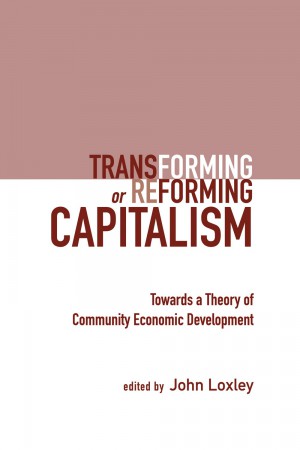 Growing worldwide interest in community economic development has led to a blossoming of “how to” manuals,as well as analyses of co-operatives, development corporations, gender, financing, etc. Yet in all this discussion very little is said about the basic objective of CED: Is it designed to fill holes left by capitalism or is it intended to replace it? There is equally little on a theory of CED. This book draws on several disciplines–particularly economics, sociology and political studies–to assess the state of CED theory and to identify implicit issues for building that theory. It emphasizes the necessity to draw theoretical insights from each discipline, in the process howing the efficacy of interdisciplinary approaches. It concludes with a discussion of both future theoretical directions and of what existing theory has to say about achieving a transformative CED.