Budgeting as if People Mattered 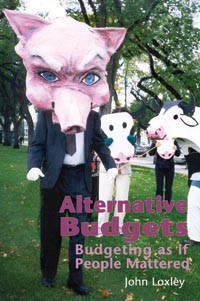 Alternative budgets are becoming an increasingly popular form of political action both in Canada and internationally. They are a means of advancing an alternative social and economic perspective to the neo-conservative agenda of slashing social services, reducing the role of the government and cutting taxes for the rich, all in the name of “necessity.” Alternative budgets demonstrate that there really are more enlightened alternatives which are, at the same time, fiscally responsible. They show that budgets can be pro-poor, pro-women and pro-environment. They can also represent an important form of democratic activity as ordinary people are encouraged to participate and contribute. This book outlines the basics of budgeting, examines both the technical and the political content of budgets, and how balanced budget legislation imposes fiscal constraints on governments.