The Political Economy of Agrarian Extractivism 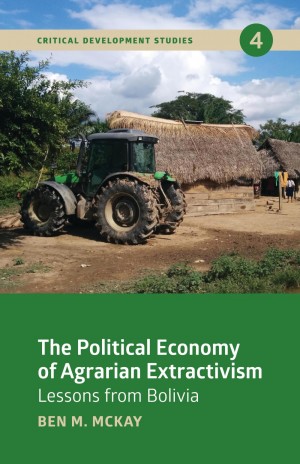 Around the world, plantation economies are on the rise. Increasing concerns over food, energy and financial security, combined with a geopolitical restructuring of the global agro-food system, have resulted in a rush to secure control over resources. New actors and forms of capital penetration have entered the countryside, transforming the forms and relations of production, property and power. Soybeans, with industrial inputs upstream and storage, processing and transportation downstream, have become a quintessential agro-industrial “flex crop,” used as feed, food, fuel and industrial materials, but the very extractive character of the soy complex has severe implications for society, the economy and the environment.

The Political Economy of Agrarian Extractivism analyzes how the Bolivian countryside is transformed by the development and expansion of the soy complex and reveals the extractive dynamics of capitalist industrial agriculture, while also challenging dominant discourses legitimating this model as a means to achieve inclusive and sustainable rural development. Ben McKay finds that within the context of Bolivia’s first Indigenous president, Evo Morales, and the Movement Towards Socialism, fundamental contradictions abound.