Toward a New Future 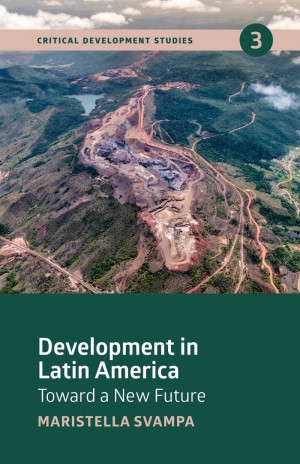 In Development in Latin America, Maristella Svampa explores the contemporary development and resistance dynamics of capitalist development — the workings (on people and societies) of the world capitalist system — in the context of Latin America, where these dynamics have had their most notable outcomes. She focuses on the phenomenon of “neoextractivism,” the combination of the global advance of resource-seeking extractive capital (foreign investments in the extraction of natural resources) and the commodities consensus (export of raw materials), among both neoliberal and progressive governments — analyzing their common elements as well as their differences.

Svampa explores the complex dynamics of socio-environmental conflict associated with neoextractivism, as well as what she refers to as the “eco-territorial turn.” Svampa’s analysis includes both the ecological and gender dimensions of the global and regional capitalist development process.