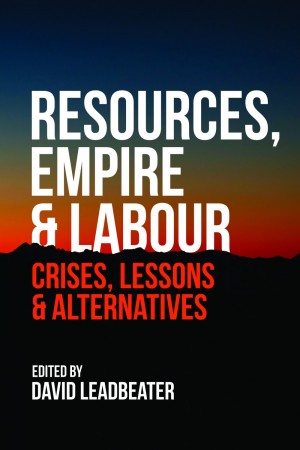 The interconnections of natural resources, empire and labour run through the most central and conflict-ridden crises of our times: war, environmental degradation, impoverishment and plutocracy. Crucial to understand and to change the conditions that give rise to these crises is the critical study of resource development and, more broadly, the resources question, which is the subject of this volume. Intended for researchers, students and activists, the chapters in Resources, Empire and Labour illuminate key aspects of the resources question from a variety of angles through concrete analyses and histories focused on the extractive industries (mining, oil, gas) by examining such issues as: resource-dependency at the international, country and regional levels; the neglected role of metropolitanization; environmental impacts and limits; the colonial basis of and imperial patterns in today’s globalized resource exploitation system; lessons of Indigenous and working-class resistance to corporation resource extraction; the importance of democratic control and public ownership; new avenues in shifting the debate on resources and hinterlands.