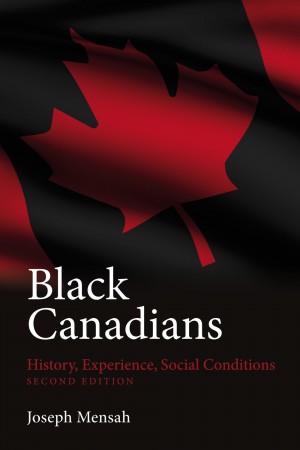 Black Canadians provides an authoritative reference for teachers, students and the general public who seek to know more about the Black Diaspora in North America. Arguments made in this book may be unpleasant for those with little appetite for pointed, provocative views and analysis from the standpoint of Black people. For those with a genuine interest in venturing beyond established orthodoxies and simplistic solutions to the contentious ethno-racial problems in Canada, this book will be insightful and worthy of close attention. This new edition expands the regional coverage of Black history, updates all the statistics with the 2006 census data, and adds important new material on multiculturalism and employment equity.

“Many Canadians are reluctant to admit that racial oppression and inferiorization exist/persist in this country. As Canadians, we have the tendency not only to ignore our racist past, but also to dismiss any contemporary racial incidence as nothing but aberration, or the work of “few bad apples” in an essentially peaceful, tolerant, charitable, and egalitarian nation. For the most part, we believe that we are superior to countries, such as the United Kingdom and the United States, that are openly struggling with racial problems.” – from Chapter 1

“The book is extremely thorough and is quite impressive in its ability to work across a broad sweep of approaches and methodologies.”

About the first editon: “The work is a remarkable piece of scholarship. It combines theoretical sophistication and empirical rigour, is focused, powerfully enlightening, and manifests a clarity of exposition that is refreshing and commendable. The book constitutes a learning/educational toolkit of exceptional value.”