How Racism Affects Us All 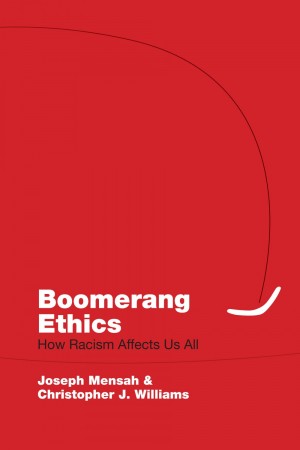 The fact that racism has adverse effects on Blacks and other minorities is obvious. But what is not so obvious are the hidden impacts of racism on all members of society, including white people.

Joseph Mensah and Christopher J. Williams argue that ethics of altruism and social justice are inadequate to curb racism because they neglect the impact of racism on whites. Just like a boomerang, acts of hatred and racism against people of colour and even unsolicited and sometimes unconscious exertions of white privilege ultimately come back to harm almost everyone in society.

Timely and incredibly important, Boomerang Ethics is a much-needed resource in the fight against racism because it does not gloss over the self-interests of members of the privileged, who ultimately have the power to help alleviate racism.