Is There Life After Neo-Liberalism?

By Atilio A. Boron  Translated by Susan Ashdown 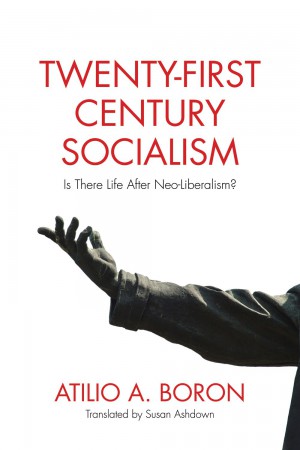 In Twenty-First-Century Socialism, Atilio A. Boron traces the history of capitalism in Latin America and finds that the capitalist mode of production has not led to development but instead has fostered underdevelopment. Boron argues that within a wider historical and geographical perspective, capitalism is a mode of production that has served as a means of development for a small group of nations at the price of excluding the benefits of development to all the rest. As Boron concludes, with globalization there is no longer any possibility for autonomous capitalist development. Arguing on the inability of capitalism to drive development in Latin America, Boron states that with capitalism, Latin America has no prospects. Neo-liberal policies such as the privatization of education, health and social security in household-debt-ravaged Chile, the violent usurpation of Indigenous lands, and the ever-widening gap between the rich and poor in Brazil lead to a dead end. On the other hand, countries that have resisted these destructive neo-liberal economic policies, such as Cuba and Venezuela, illustrate that any hopes of a promising future for the people of Latin America will be in a post-capitalist setting, the elements of which Boron presents in great detail.