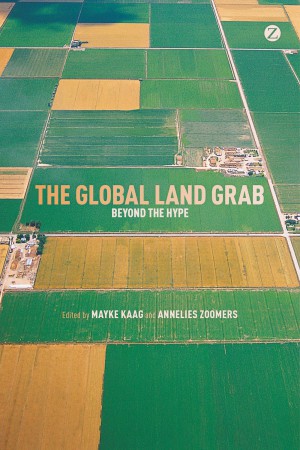 The last two years have seen a huge amount of academic, policy-making and media interest in the increasingly contentious issue of “land grabbing” – the large-scale acquisition of land in the Global South. It is a phenomenon against which locals seem defenceless, and one about which multilateral organizations such as the World Bank as well as civil-society organizations and action NGOs have become increasingly vocal.

This in-depth and empirically diverse volume – taking in case studies from across Africa, Asia and Latin America – takes a step back from the hype to explore a number of key questions: does the “global land grab” actually exist? If so, what is new about it? And what, beyond the immediately visible dynamics and practices, are the real problems?

The Global Land Grab is a comprehensive and much-needed intervention on one of the most hotly contested but little-understood issues facing Global South countries today.

The Global Land Grab represents an important break from the earlier wave of land grabs studies in at least three interlinked ways: in its look beyond the ‘here and now’ by historicizing analysis; in its grounded local-national studies; and in its comparative perspective across regions of the world. Researchers, activists and development policy practitioners … should read this book.

This collection provides a serious analytical contribution to our understanding of a phenomenon, which might seem to peak at the present, but which is deeply rooted in the past and will need steadfast scholarly and political attention in the future.

A uniquely well-informed and comprehensive analysis of land grabbing, describing developments across three continents and illustrating the variety of forms it has taken. It shall be of interest to anyone curious about the future of globalization and its impacts on the poor who rely on access to land for their livelihood.

This is an excellent, original collection, on the global land-grabbing phenomenon. It covers a number of interesting themes, including urban land grabbing, GM soy cultivation, residential tourism, water grabbing, new land conversions in Vietnam, and the Gulf States’ investments.