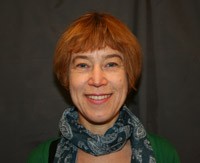 Mayke Kaag is a social anthropologist interested in processes of change and continuity in West and West-Central Africa. She did her PhD on land use and social dynamics in Senegal (2001) and has since conducted research on transnational Islamic NGOs in Chad (2004) and Senegalese Mouride migrants in Italy (2005-2007). From 2008-2010, she coordinated the Senegal project of the Islam Research Programme that was initiated by the Netherlands Ministry of Foreign Affairs and was executed in collaboration with Dutch embassies in selected countries. Her current research focuses primarily on African transnational relations, including land issues, transnational Islamic charities and engagements with the diaspora.