Globalization, Community and the Moral Economy of the Farm Crisis 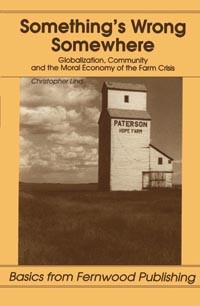 “Recalling the fascinating history of rural protests in seventeenth to nineteenth century England, (Lind) argues that today’s crisis has as much to do with morals and ethics as with economics.”-Kim Cariou, People’s Voice