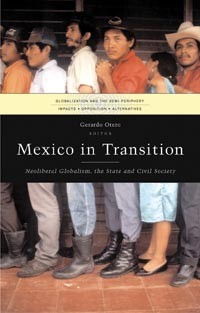 This book is a rich source of evidence of what happens to an economy, its people and natural resources as neoliberal policies take hold. It covers the effects on peasants; the impact on wages, trade unions and women workers; the emergence of new social movements how the environment, especially biodiversity, has become a target; the impacts of the NAFTA agreement; the political issue of migration to the United States; and the complicated intersections of economic and political liberalization.

“… a broad and insightfgul analysis of the impact of twenty years of neoliberal policies and the ways that Mexicans have responded.”