If This Is Freedom 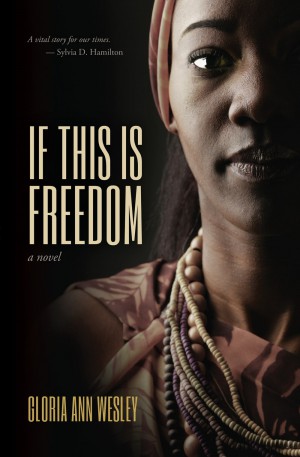 If This Is Freedom continues the story of struggle for Loyalist settlers in Nova Scotia after the American Revolutionary War. In the black settlement of Birchtown, times are especially hard for the former slaves. They face the difficulties of a hardscrabble existence and continued discrimination from their white counterparts.

Like many desperate Birchtowners, Sarah Redmond has signed an indenture agreement, a work contract meant to protect her rights and ensure a living wage. Sarah’s employers, the Blyes, do not honour the agreement, and Sarah and her family are all but shattered when Sarah takes a wrong step – one she will come to regret as it sets off a chain of unusual events that put her under further pressure. With her faith in the settlement running dry and the Birchtowners abandoning the settlement, Sarah is perplexed and soon faces the taxing option of whether to hold on to the only real life she has ever known or let go. At once a stand-alone story and a companion to Gloria Ann Wesley’s previous novel, Chasing Freedom, this story about moral courage and the enduring strength of dreams shares history with us in a way that is both honest and emotional.

“This tale brims with love, racial conflict, mystery, deception and ultimately forgiveness: it’s a story for our times. Wesley’s characters have compelling things to say to us. Set in the 1780’s, a time when the transatlantic slave trade was rife, Sarah and Thomas invite us into their tumultuous world. As Thomas says ‘You can’t wait on life to fulfill your dreams. You have to make them happen.’”