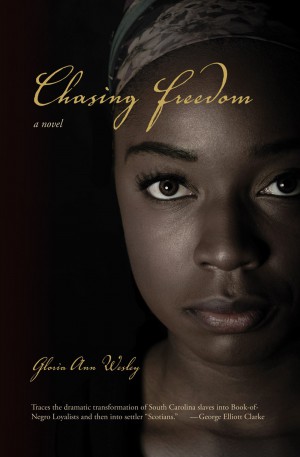 A story of the struggle of Black Loyalists and their arrival in Nova Scotia.

Shortlisted for The Ann Connor Brimer Award for Children’s Literature.

The American Revolutionary War is being waged, and the fate of slaves in the colonies is on the line. Sarah Redmond, a slave on a South Carolina plantation, watches with a heavy heart as her father steals away in the dead of the night to join the British army, enticed by promises of freedom, land and provisions for his whole family. But before her father can return, the war draws to a close and the Loyalist slaves are all freed – including Sarah and her grandmother, Lydia. Uncertain of their future, Sarah and Lydia join the thousands who are rounded up and sent to New York to prepare for their journey to a new home somewhere in the British colonies.

After months of waiting, the Redmonds are assigned to a ship bound for the first all-black community in North America: Birchtown, Nova Scotia. With their Certificates of Freedom in hand, Lydia and Sarah wait anxiously, hoping beyond hope that their new life will bring acceptance and happiness. But once they reach Birchtown they find that their new home is barren, cold and isolated – and in a world slow to forget old fears and hate, their Certificates offer them freedom in name only.

Chasing Freedom is the story of a young woman struggling to discover who she is and what she can become in a world that offers her few opportunities. Can Sarah and her family find the strength and determination to persevere against all odds?

“…This novel of a revolutionary era, of Yanks and Africans “chasing freedom,” is arresting, with startling events, intriguing characters, and vivid language. …”