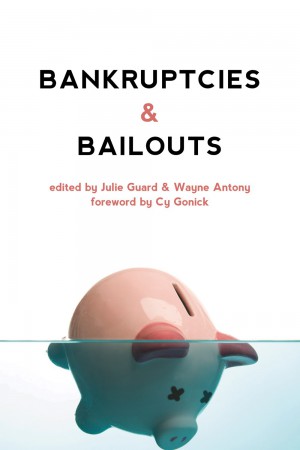 Recession? Depression? Market adjustment? Billion-dollar bailouts? Just what is happening to the economy? Like the rest of the industrialized world, Canada is in the midst of an economic crisis that is cleary of global proportions. Yet, Nobel Prize winning economists failed to see it coming. This is unsurprising since, in the words of the newly humble Alan Greenspan, the crisis revealed “a flaw in the model … that defines the way the world works.” Bankruptcies and Bailouts explains the roots of this economic disaster. The essays in this book show, in clear and accessible language, that the global capitalist economy, dependent on hyper-extended credit, fuelled by systematic deregulation and rooted in the contradictions of a mad drive for unlimited profits, must inevitably end up in this predicament. The authors also demonstrate that there are ways out of this economic mess that do not involve simply bailing out the obscenely over-paid executives whose decisions led us to this chaos.