By Barrie Anderson and Dawn Anderson 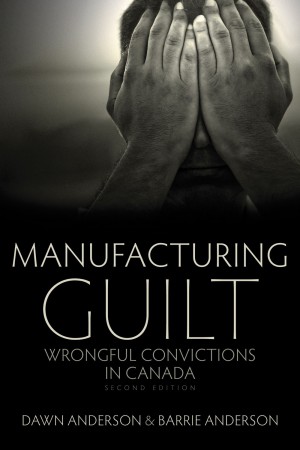 Manufacturing Guilt, 2nd edition, updates the cases presented in the first edition and includes two new chapters: one concerning the case of James Driskell and another regarding Dr. Charles Smith, whose role in forensic pathology evidence led to several wrongful convictions. In this new edition, the authors demonstrate that the same factors at play in the criminalization of the powerless and marginalized are found in cases of wrongful conviction. Contrary to popular belief, wrongful convictions are not due simply to “unintended errors,” but rather are too often the result of the deliberate actions of those working in the criminal justice system. Using Canadian cases of miscarriages of justice, the authors argue that understanding wrongful convictions and how to prevent them is incomplete outside the broader societal context in which they occur, particularly regarding racial and social inequality.