Cuba and Its Neighbours 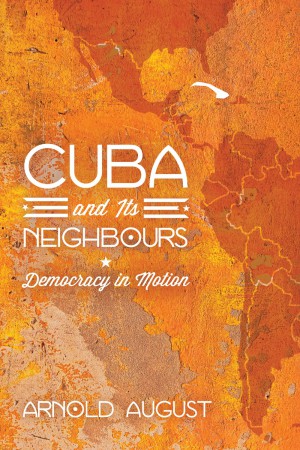 In this groundbreaking book, Arnold August explores Cuba’s unique form of democracy, presenting a detailed and balanced analysis of Cuba’s electoral process and the state’s functioning between elections. By comparing it with practices in the U.S., Venezuela, Bolivia and Ecuador, August shows that people’s participation in politics and society is not limited to a singular U.S.-centric understanding of democracy. For example, democracy as practised in the U.S. is largely non-participatory, static and fixed in time.

Cuba, by contrast, is a laboratory where the process of democratization is continually in motion, an ongoing experiment to create new ways for people to participate. August argues forcefully for the need to develop mutual understanding of different political systems and, in doing so, to not be satisfied with either blanket condemnation or idealistic illusions, both resulting from a refusal to analyze the actual inner workings of each process.

“This book, a tour de force from an expert who clearly knows his field well, is one that goes out of its way to make us think about what we understand by ‘democracy’ and how we should view new manifestations in the ‘Third World.’ “

“A must-read for anybody seriously interested in Cuba and in the overall question of democracy and its practices.”

“A trailblazing perspective. August contrasts the experiences in Cuba and some Latin American countries, where participatory democracy is taking shape, to the pretences of the U.S. model. Compulsory reading.”

“Arnold August cuts through the common propaganda about democracy in the U.S. and the supposed lack of democracy in Cuba. Where August’s earlier work on the Cuban political system opened a window to this forbidden island, Cuba and Its Neighbours deepens our understanding of Cuba’s participatory processes and shows how they have been shaped by Cuba’s revolutionary history.”

“Arnold August is an expert on the Cuban reality and a meticulous researcher like few others. With rigour and a critical approach, he successfully addresses in his book the challenge to explain the idiosyncrasies and the fundamental universal relevance emerging from a multi-faceted examination of the exercise of governance in Cuba. It is an indispensable work not only for us in Cuba who need to perfect the concepts and practices that would consolidate the system we have been building in very difficult conditions for more than fifty years, but also for others interested in the improvement of the human condition as it is experienced in other contexts.”