The Throes of Democracy 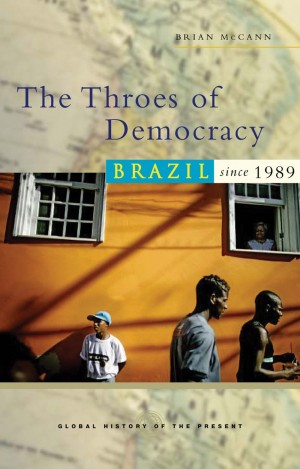 In the 1980s, Brazil emerged from two decades of military dictatorship and embarked on an experiment in full democracy for the first time in the nation’s history. Since then, Brazilians have sought to live up to the ideals of this experiment while negotiating dramatic economic and cultural transformations. In The Throes of Democracy Bryan McCann gives a panoramic view of this process, exploring the relationships between the rise of the political left, the escalation of urban violence, the agribusiness boom and the spread of pentecostal evangelization. Brazil remains a land marked by deep inequality, but in the last two decades the structure of that inequality has changed substantially. This is a country that remains an endlessly vital source of popular culture, now bubbling forth from different corners of the map. This book provides a fascinating introduction to one of the twenty-first century’s most significant countries.