Rebel Without A Pause 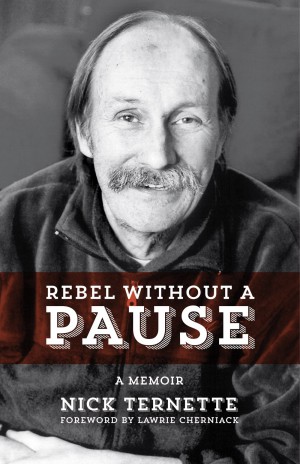 Rebel Without A Pause is the autobiography of Winnipeg’s best-known and most persistent political activist, Nick Ternette. For over forty years, Nick was one of the loudest voices of the Left, who ran for mayor many times and never shied away from asking elected officials tough questions. A champion of the rights of the poor and the disabled, sustainable ecology and public transit as well as a leader in Winnipeg’s peace movement, Nick was a thorn in the side of conservative politicians and city officials for decades.

Written before his death in March 2013, Rebel Without A Pause invites us into the personal life and political memories of one of Winnipeg’s most cherished citizens.