The 30-Year Fight for Abortion on Prince Edward Island 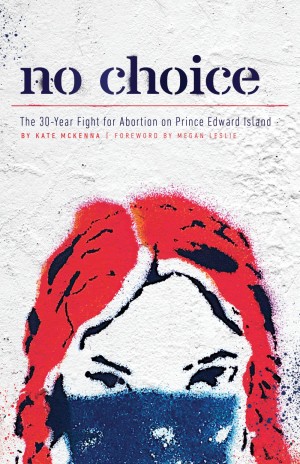 In 1969, Prime Minister Pierre Trudeau passed a law legalizing abortion in Canada. But making abortion legal did not guarantee women access to these services. In many communities around the country, women have had to travel great distances and at great personal expense to exercise their legal right to an abortion. Others have taken matters into their own hands, often with devastating consequences.

In No Choice, Kate McKenna offers a firsthand account of Prince Edward Island’s refusal to bring abortion services to the Island, and introduces us to the courageous women who struggled for over thirty years to change this. With a very vocal Right to Life movement that used small town gossip, political pressure and the force of the Catholic Church to silence the pro-choice movement, the struggle seemed to be over before it even began. But everything changed in 2016.