Between Terror and Democracy 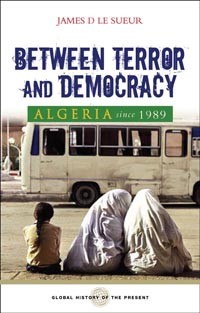 Algeria’s democratic experiment is seminal in post-Cold War history. In this book Le Sueur shows that Algeria is at the very heart of contemporary debates about Islam and secular democracy. Between Terror and Democracy is a lively examination of how the fate of one country is entwined with much greater global issues.