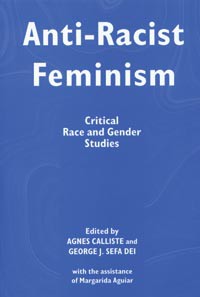 This collection adds to our understanding and critical engagement of how gendered and racially minoritized bodies can and do negotiate their identities and politics across several historical domains and contemporary spheres. The contributors explore the relational aspects of difference and the implications for re-conceptualizing anti-racism discourse and practice. The strength of this book lies in its centring the experience of racial minority women (and other racialized bodies) in a variety of social sites, thereby seeking to incite the reader to broaden the examination of social spaces through the lens of an anti-racist feminist scholarship and practice.