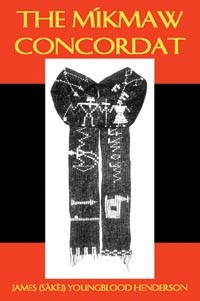 This important work, written primarily as a Native Studies text, fills a large gap in the history of Native peoples in the Americas. It is a fascinating multidisciplinary journey covering intellectual history, law, political science, religious studies, and Mi’kmaw legends, oral history and perceptions from the arrival in America by Columbus and other Europeans in the fifteenth century to the Mi’kmaw Concordat in the early seventeenth century. There is virtually nothing else in print concerning the relationship between the Mi’kmaw Nation (or any other First Nation) and the Church during the Holy Roman Empire.