By Kimberly A. Williams 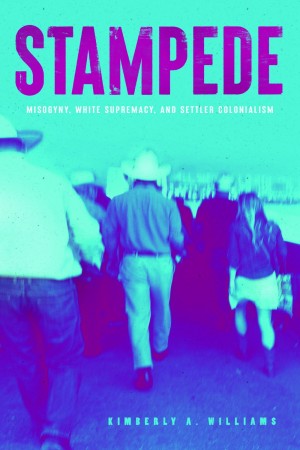 Kimberly A. Williams wants the annual Calgary Stampede to change its ways. An intrepid feminist scholar with a wry sense of humour, Williams deftly weaves theory, history, pop culture and politics to challenge readers to make sense of how gender and race matter at Canada’s oldest and largest western heritage festival. Stampede examines the settler colonial roots of the Calgary Stampede and uses its centennial celebration in 2012 to explore how the event continues to influence life on the streets and in the bars and boardrooms of Canada’s fourth-largest city. Using a variety of cultural materials—photography, print advertisements, news coverage, poetry and social media—Williams asks who gets to be part of the “we” in the Stampede’s slogan “We’re Greatest Together,” and who doesn’t.