Social Activism and the Law 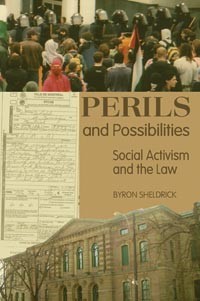 This book argues that law is a political resource that carries with it both opportunities and dangers for social activists. As such, activist groups must carefully navigate the contradictions within law to evaluate the strategic and tactical issues raised by law and legal institutions. Perils and Possibilities provides a guide to these issues and explores the types of questions activist groups need to ask themselves before embarking on a campaign of legal mobilization. In addition to a brief exploration of some overarching theoretical questions, Byron Sheldrick examines in a concrete and practical fashion the contradictions of rights discourse, strategic questions posed by the process of going to court and the importance of the administrative boards and tribunals for the politics of social activists. Set in the Canadian context, the book also makes use of experiences drawn from the USA and Britain.