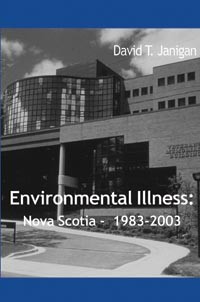 Nova Scotia was the first Canadian province to be faced with a large-scale demand for workers’ compensation in a single institution, Camp Hill Medical Centre, Halifax. More than half of the 1100 workers complained of environmental illnesses (or the WHO’s idiopathic environmental intolerances) blamed on the poor indoor air quality, which was exhaustively investigated. In response, the Province established three outpatient facilities, one permanent, and overlapping and following these events, other provincial health institutions and numerous schools recorded outbreaks of environmental illness. This account attempts to document these intertwined events. It reviews how policy decisions by different provincial departments, hospital administrations and school boards responded to controversial illnesses. As environmental illness continues to appear in different forms and places, Janigan’s account will be useful to current policy makers.