Did You Just Call Me Old Lady?

A Ninety-Year-Old Tells Why Aging Is Positive 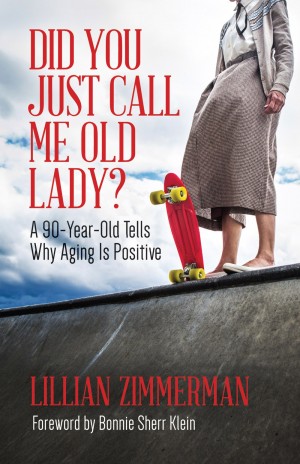 Did You Just Call Me Old Lady? is an upbeat look at aging and the impacts of Canada’s increasingly aged population through the eyes of a ninety-year-old woman. Far from seeing older citizens as a burden and a strain on our public health care system, Lillian Zimmerman gracefully, and often humourously, argues that long-livers are able to live fulfilling lives and make valuable contributions to society.

Zimmerman illustrates how prevalent ageism - the dislike and prejudice against old people - is in society, media and popular culture, showing how language, advertisements for products to alleviate bodily failings, and jokes about memory loss and sexual infirmity are all examples of ageism, inevitably framing and fuelling negative attitudes towards older people. Ageism, much like sexism and racism, needs to be part of the conversations around social justice and anti-oppression.

Zimmerman also recognizes that there are huge challenges to aging, some of which she has experienced herself, and that serious illnesses, mental deficiencies, low income and isolation are realities for some seniors. However, Zimmerman’s analysis shows that many of these problems result from inefficient management and poor policies.