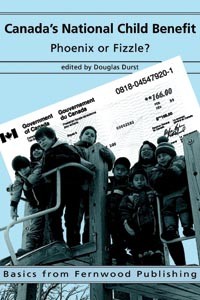 The National Child Benefit announced in the 1997 federal Budget promised 850 million dollars to move children out of the welfare rolls and the trap of poverty. This book attempts to outline the key concepts of this new program and set the stage for discussion of its potential impact. The writers do not agree. This book does not present a unified argument either supporting or critiquing the program but raises a series of important issues and concerns regarding the programs effectiveness in addressing child poverty. The question remains: Is this new federal social program a phoenix rising from the ashes of past social welfare programs or just a federal fizzle?