A Canadian History of Agent Orange and the War at Home 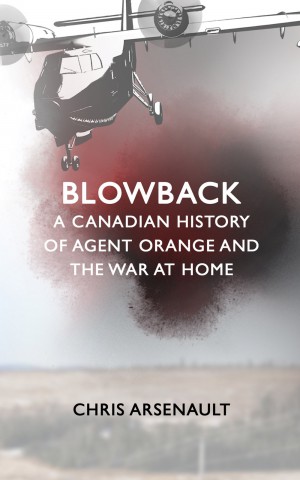 The village of Enniskillen, a sleepy cluster of a few dozen houses in New Brunswick’s Queens County, has never been invaded by a foreign power. But during the 1950s to 1970s, the village was ground zero for a different kind of offensive, this one launched by the American and Canadian military against its own people with the deadly dioxin Agent Orange. Between 1956 and 1984 the Canadian military and its private subcontractors sprayed more than 1 million litres of rainbow herbicides around New Brunswick. The American military was invited to test Agent Purple and other toxins on Canadian soil after the chemicals had been banned by the U.S. Congress.

This is the story of a war coming home; a story of the military and economic currents that allowed Agent Orange to blow through trees and into rivers in New Brunswick. More than anything, it’s a story of soldiers, civilians and local residents who blew back against the government and companies who poisoned them.

A really good short film on the subject of agent orange:

“Chris Arsenault’s tenacious reporting uncovers an important, and untold, chapter in Canada’s history. This book shows how Agent Orange and its toxic friends continue to poison people and ecosystems around the world–and frequently, in our own back yard. In telling this story, Arsenault has shown the diligence of a historian, the righteousness of a crusader, and best of all, the legwork of a private eye. It’s a humane and engaging combination.”

“Chris Arsenault is a crack young Canadian investigative journalist who in his very brief career has already broken several important stories. This book is an impeccably researched study of a little known tragedy about the use of Agent Orange of Vietnam infamy at the Canadian Forces Base at Gagetown, New Brunswick. This is investigative journalism at its best.”

“In Blowback Arsenault lifts the curtain on a shocking and shameful period in Canada’s history. Exploring the intersection of militarism, imperialism, and the subversion of democracy in favour of corporate interests, Blowback is also the story of ordinary people challenging elite interests, told in their own voices. A powerful example of the promise of investigative journalism, Blowback is a people’s story of resistance to a war machine both at home and abroad.”