Rebellion from the Grassroots to the Global 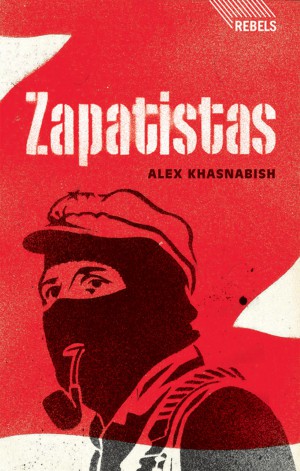 In 1994 a guerilla army of Indigenous Mayan peasants in Southeast Mexico emerged and declared ‘Enough!’ to 500 years of colonialism, racism, exploitation, oppression and genocide. The effects of the Zapatista uprising were profound and would be felt beyond the borders of Mexico. At a time when state-sponsored socialism had all but vanished and other elements of the left appeared defeated in the face of neoliberalism’s ascendancy, the Zapatista uprising sparked a powerful new wave of transnational socio-political action. In exploring the movement’s origins, history, structure, aims, political philosophy and possible new directions, Alex Khasnabish provides a critical and comprehensive overview of one of the most important rebel groups in recent history.

“After millions of words exploring and explaining the Zapatistas, Khasnabish’s smart and accessible book provides our best lens yet on the twenty-first century’s most intriguing revolutionaries.”

“A remarkable achievement! Khasnabish has written the clearest, most comprehensive account to date of the origins, innovations, and significance of the Zapatista movement.”

“This book is a unique testament to the political creativity of the Zapatista movement that has inspired activists and scholars since the 1990s.”