The Year We Became Us

A Novel About the Saskatchewan Doctors Strike 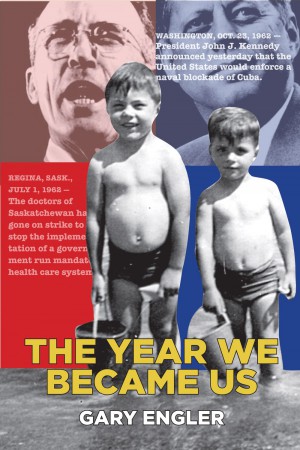 The Year We Became Us is a novel about the 1962 Saskatchewan doctors’ strike as seen through the eyes of a 12-year-old boy and a 13-year-old girl. Roy, the son of a union activist, is a committed socialist and the best Little League pitcher in the entire province. Katherine, the daughter of a surgeon, has fallen in love with two novels by Ayn Rand and aspires to be just like her. Both are forced to write letters to President Kennedy as punishment for always arguing politics in their Grade 8 class at Saint Michael’s Catholic School in Moose Jaw. Part romance, part adventure and part political philosophy, this historical novel moves between1960s Moose Jaw and present-day Boston and follows Roy and Katherine as they revisit their letters to President Kennedy forty years later.

The 1962 Saskatchewan doctors’ strike was one of the pivotal moments in the creation of Medicare – the quintessential Canadian institution that sets us apart from our U.S. neighbours. To be released on the 50th anni- versary of Canada’s first socialized medical plan, The Year We Became Us is a work of historical fiction portraying a crucially important moment in our history, one that is often overlooked or forgotten in contemporary Canadian society and by younger generations.