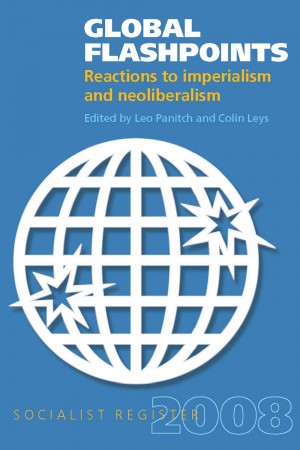 Our aim in this volume is to offer careful and sober analyses of the political forces that have produced today’s ‘flashpoints’ of reaction to imperialism and neoliberalism, focusing particularly, but not exclusively, on the Middle East and Latin America. Of these two major regions where such ‘flashpoints’ are concentrated, one is at the forefront of the contradictions of empire, the other of the contradictions of neoliberalism, although the contradictions of imperial power and of neoliberal globalization–and the reactions to them–are, of course, linked in both cases. Our goal has been to offer probing examinations of not only the potential but also the limitations of the politics that underlie these reactions.