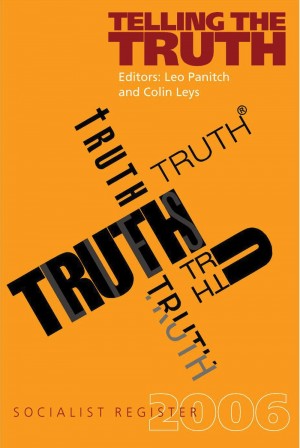 A generalized pathology of chronic mendacity seems to be a structural condition of global capitalism at the beginning of the 21st century. Previous volumes of the Socialist Register have analyzed the imbrication of national states and economies in the American neoliberal imperial order, and the stresses this generates within them, as well as between them. What has become increasingly clear is that it is not just falling in line with the increasingly crude, militarized geopolitics of the imperium that threatens the legitimacy of governments that join ‘coalitions of the willing’. Equally profound, and perhaps ultimately more serious, problems of legitimacy are created by the relentless pressure of the market forces unleashed by global neoliberalism, and the ecological degradation and social dislocation they are generating. These legitimacy problems are reflected in the unprecedented levels of secrecy, obfuscation, dissembling and downright lying that now characterize public life.