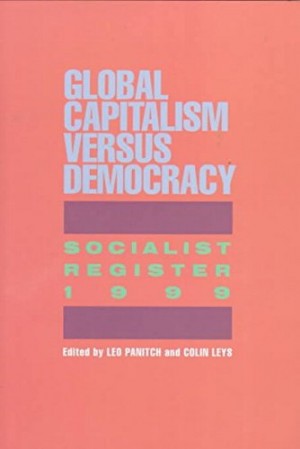 This volume examines the changing contours of global capitalism at the end of the century, and demonstrates that no democracy worth the name can any longer be conceived except in terms of a fundamental break with it. In the process, it exposes many illusory responses to globalisation. The essays published here on the contradictions that have been undermining the Swedish, Rhineland and East Asian ‘models’ go far towards showing how vacuous are the currently fashionable proposals for a ‘third way’ (even those advanced in Cuba). But it is not only the crisis of all models implicated in globalisation that concerns us here. The essays in this volume also reveal the shallowness and growing instability of the ‘democracy’ peddled and often put in place by global capitalism’s ideologues and state functionaries from Latin America to Russia. That it was always a serious error to take East Asia as offering a ‘progressive” model of any kind was very clear long before the economic cataclysm that has now engulfed that region. But even in the core capitalist countries, as several of the essays here also show, democracy is increasingly thin, the public sphere and the autonomy of the state having been drastically curtailed by market forces, and the social democratic parties having been hollowed out by the very political elites who pretend that their ‘third way’ is a solution to, rather than a symptom of, the crisis of the left. Yet there is no easy way forward. Among the obstacles examined by the contributors to this volume are, for example, the western working classes’ complex implication in globalisation through their pension funds as well as through trade union support for ‘progressive competitiveness’, and the readiness of some left intellectuals to embrace the idea of a new non-material ‘cyber-economy’. Many such problems will have to be confronted and overcome before effective movements able to challenge and transcend the forces that have brought us globalisation will be able to emerge and develop strategies, not only for democratising the economy and the state, but for reconstructing a public sphere where socialist voices can once again be heard. Such movements will need to discover how to make democracy simultaneously meaningful and effective at the local, national and global levels, not least by building new linkages between these levels.