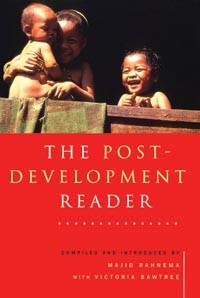 Most scholars and practitioners are now agreed that the world is on the threshold of a completely new era in the history of development. This reader brings together in a powerfully diverse, but ultimately coherent, statement some of the very best thinking on the subject by scholars and activists around the world. The contributors provide a devastating critique of what the mainstream paradigm has in practice done to the peoples of the world, and to their richly diverse and sustainable ways of living. They also present some essential ideas to construct new, humane, and culturally and ecologically respectful modes of development.