Remaking the Promise of Oil 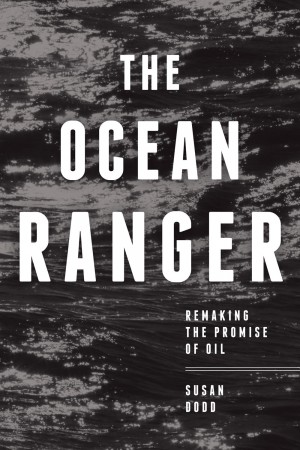 On February 15, 1982, the oil rig Ocean Ranger sank off the coast of Newfoundland taking the entire crew of eighty-four men – including the author’s brother – down with it. It was the worst sea disaster in Canada since the Second World War, but the memory of this event gradually faded into a sad story about a bad storm – relegated to the “Extreme Weather” section of the CBC archives. Susan Dodd resurrects this disaster from the realm of “history” and maps the socio-political processes of its aftermath, when power, money and collective hopes for the future revised the story of corporate indifference and betrayal of public trust into a “lesson learned” by an heroic industry advancing technology in the face of a brutal environment. This book is a navigational resource for other disaster aftermaths, including that of the Deepwater Horizon in the Gulf of Mexico, and a call for vigilant government regulation of industry in all its forms.

“This is an extraordinary book. Much more than a personal narrative about the impact of an industrial disaster on a family, Dodd explores memory of industrial disasters as a complex and multi-layered project. Her reading of government reports, lawsuits and monetary settlements, songs and novels illuminate the different ways the past is commemorated and reconstructed and the implications for moving forward. Dodd’s discussion of personal injury litigation and the role of monetary compensation, or ‘blood money’, should be mandatory reading for all first-year law students.”