The Next New Left

A History of the Future 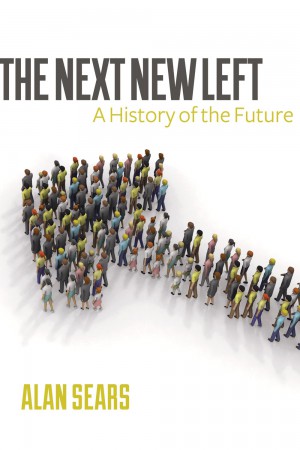 The Next New Left explores the challenge of activist renewal in the age of austerity. Over the past few decades, state policy-makers and employers have engaged in a massive process of neoliberal restructuring that has undermined the basis for social and labour movements. In this book, Alan Sears seeks to understand the social environment that made activist mobilization possible – and was largely taken for granted – during the twentieth century.

Just as the neoliberal era has restructured the very foundations of our lives, so too has it undermined the previously existing infrastructure of dissent, meaning that renewal in social movements will depend on the development of new forms of activist capacity-building. The low frequency of social struggles and mass protests in today’s society exposes the need for new work by activists and theorists to confront neoliberalism and austerity head-on, and to understand the basis of activism and the possibilities of its renewal. By examining social movements of the past, Sears’s analysis focuses on the means through which activists develop the capacity for solidarity, communication and shared analysis, providing readers with possibilities for a renewal of activism in response to the deteriorating living conditions caused by the ongoing austerity offensive.