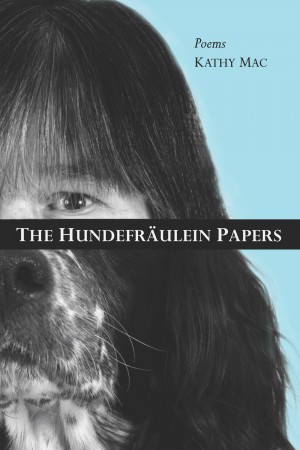 Hunde/fräulein: Dog/nanny. For five and a half years (1995-2001) Kathy Mac lived in Sambro Head, NS, looking after anywhere from four to twelve English Setters. The post entailed maintaining the ocean-side doghouse and looking after the many, varied houseguests of the hundemutter – ocean activist Elisabeth Mann Borgese, youngest daughter of Thomas Mann. These poems take their tone from the days and dogs that inspired them – by turns extravagant, intense, celebratory, wistful.